It all began with a vision. It began in 1972 when a small group of volunteers wanted to start a Friendship Centre in the Niagara Region. The first establishment was in a small office in the St. Catharines YMCA. Word spread quickly in the community as did the demand for programs and services. As these programs expanded, the need for Native services became more apparent. This prompted the organization to search for a larger facility with more space. Relocation occurred several times. The organization rented facilities first at Geneva Street and then moved to Niagara Street in the city. In 1975, the St. Catharines Indian Center incorporated and acquired its own property at 219 Church Street in downtown St. Catharines.

The Center’s services and programs expanded as the organization attempted to accommodate even more requests from Native people living in the Niagara Region. Out of this process came the realization that another Centre was needed to meet the demands for services from the Fort Erie region. In 1977 the decision was taken to initiate a Satellite Centre in Fort Erie and in 1982 the Fort Erie Satellite became an independent Native Centre.

As the Niagara Regional Native Center continued to develop, it became more evident that another relocation was necessary because expansion on the Church Street premises was restricted by city by-laws.

By 1980, the St. Catharines Indian Center began assessing its mandate together with community needs to determine future facility requirements. Following this assessment, the St. Catharines Indian Center initiated a name change. It became the name as it is known today, the Niagara Regional Native Center and began in earnest to search for a new home which would service the cities and areas of Niagara Falls, Thorold, St. Catharines, Welland and areas east of Grimsby, Ontario.

In 1983, the search concluded with the Center preparing to buy a new home in rural Niagara-on-the-Lake at Queenston Street and Taylor Roads. The final move from downtown St. Catharines to its present location closed another chapter on this Center’s journey when in 1986 negotiations for the new property were complete.

The Niagara Regional Native Centre was now able to promote its services and assist its community from a beautiful building. It has full administrative offices, and a large gymnasium provided the capacity for larger and more complex activities. Negotiations were concluded in 1986 to sell the Church Street property and acquire an additional 4.5 acres of land and a small house adjacent to this property.

In 1999, the Centre was able to acquire capital funds to expand this property that brought a state of the art children’s room, Elders room, Boardroom and kitchen facility. The Centre is now able to promote its services and assist its community from this beautiful building. Today, the Niagara Regional Native Center’s commitment to the Native community recognizes that the times we live in change quickly and the needs of the urban aboriginal people reflect those changes. This requires the Centre to demonstrate its ability to provide programs and empowering relationships for its community.

The Centre offers programs and services to all age groups, both Native and non-Native, and provides transportation to and from the Center for groups and individuals on request. The Centre currently employs 25 individuals both part and full-time positions. They offer the following programs: Healing and Wellness Program, Health Outreach Program, Youth Program, Community Action Program for Children, Prenatal Nutrition Program, Employment Counselor, Life Long Care Program, Indigenous Community Justice Program, Healthy Babies-Healthy Children Program and Literacy Program plus others.

The philosophical base of our culture teaches us that all change occurs in cycles and the vision connected with that change must come from within. In keeping with the inherent inten 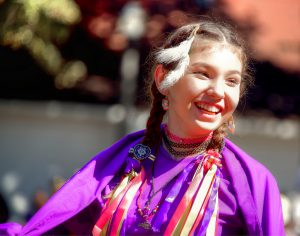 t of this philosophy, the main priority for the Niagara Regional Native Center has been to work with the winds of change to determine our own destiny.

Long-range expansion plans were formulated with a strong vision and a determination to achieve economic independence, sustainable growth and self-sufficiency in this millennium. The vision that began many years earlier has come full circle and the determination of every one involved in bringing this Center to its maturity is complete.

Aims and Objectives of the Niagara Regional Native Centre

Our Code of Ethics

The Niagara Regional Native Centre subscribes to and…